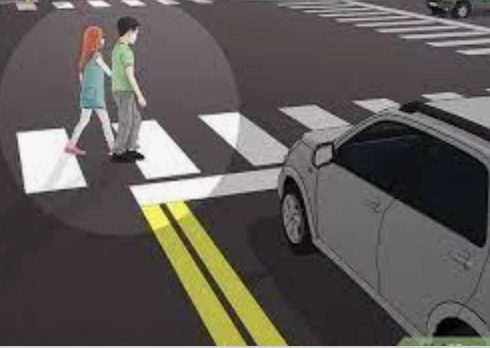 Vision Zero refers to zero road deaths and no serious injuries on roads, with the philosophy that every life matters.  Applied in Sweden since 1997 the core belief is that “Life and health can never be exchanged for other benefits within the society”. This approach differs from the standard cost benefit approach, where a dollar value is based upon life, and that value is used to decide the cost of road networks and calculate the cost of risk.

We see examples of this all the time and are now inured to these avoidable fatalities as the opportunity cost of driving a vehicle.

There has been ten pedestrians killed so far in Vancouver, one pedestrian a month. One was a woman crossing at Beach Avenue and Broughton Street at 8:00 p.m. (it was still light) on July 27. She was killed by a white SUV. A cyclist also lost his life in Vancouver biking on Pacific at Hornby in July.

In August the family of Sarah Lutgens (who at 73 years of age and extremely active was firstly reported as “elderly” in the Vancouver Sun) were in court regarding their death of their mother in September 2020. Ms. Lutgens  was killed by a driver at Tenth and Sasamat. The driver had proceeded through a red light making a left turn, crashing into  Ms. Lutgens who was legally crossing in a crosswalk and then continued to drive over Ms. Lutgens’ body.

It is no surprise that we as a society forgive these fatalities as an unpleasant side effect of the freedom to roam the road in a vehicle. And no surprise that driving over Ms. Lutgens is seen as an offence under the Motor Vehicle Act and not a criminal offence, as there was no proof of criminal intent.

Ms. Lutgens with one of her five children, daughter Ruth

As Keith Fraser writes in the Vancouver Sun, “the court held that there was no evidence of a wanton and reckless disregard for the rules of the road prior to the intersection, and drugs and alcohol were not believed to be involved. Speed did not appear to be a significant factor.”

There are three things that contribute to road fatalities: driver speed, driver intoxication, and driver inattention. The driver was fined for “driving without due care and attention”, given an $1,800 fine, with a one year ban on driving and eighteen months of probation. In court the driver apparently was upset about the driving prohibition as it inhibited taking her children to private school.

The media is also not reporting that Ms. Lutgens was struck and run over by a Tesla SUV.  Because of thicker “A” pillars and driver height the Insurance Institute for Highway Safety (IIHS)  reports that SUVs are twice as likely to crash into pedestrians on left turns than smaller vehicles. The researchers actually  suggest that the design of these  bigger vehicles are culpable, as they  “may not afford drivers as clear a view of people crossing a road.”

Ms. Lutgens, a mother of five children is not alive to give her version of the story, but dash cam footage filmed her final moments. One of Ms. Lutgen’s daughters said in her victim impact statement that the driver:

There are cliffs in terms of the recognition of the collateral damage done to families by these crashes, and the loss of talent and treasure to society in these unnecessary deaths.

This year Parachute Canada has commenced the discussion in a national awareness campaign based on Vision Zero principles that calls on Canadians to #ShareSafeRoads.

Parachute Canada is a national charity dedicated to injury prevention and they have produced a series of quick 30 second videos getting the “driver”, “pedestrian”, “cyclist” and even the “scooter” to sit down and talk to a therapist. We need to commence and continue this dialogue.

We’ve included the English and French version for you to view below.