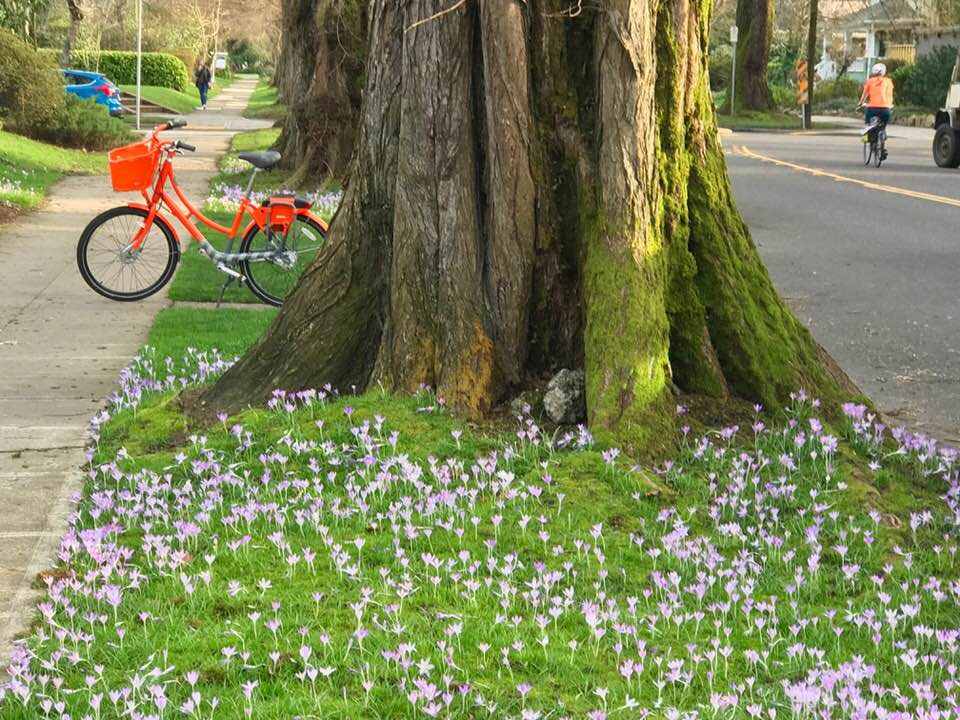 It was over ten years ago that a study  called “Sustaining America’s Urban Trees and Forests worked out that one single immature street tree had the same cooling impact as five air conditioners in separate rooms operating twenty hours a day. Simply increasing street trees may bring down summer heat significantly in cities.

Increasing tree canopy in cities not only fights poor air quality and heat islands, trees can reduce the hourly ozone by 15 percent, sulfur dioxide by 14 percent and particulate matter by 13 percent.

Steve Mouzon’s post in CNU.org  of two years ago shows that “evapotranspiration” from trees cool heat by 2 to 9 degrees. So how do you cost the value of a street tree?  Dan Burden estimates the lifetime benefits of a single street tree as $90,000, and a street that is full of street trees raises the value of the adjacent housing by $22,000 a unit.

There is also some quirky weirdness: there is less crime on streets that are lined with trees. But think of it: the more street trees, the more walkable and accessible and cared for, meaning there are more eyes on the street as well as more foot traffic.

Add in one more benefit for Metro Vancouver: every street tree absorbs one inch of stormwater, so installing and watering street trees pays off as part of stormwater infrastructure.

But perhaps the most important aspect of street trees is the health of children: A study just released that looked at 3,000 city kids in Porto Portugal found that children who moved to live close by green spaces had better lung capacity than children who lived further away. Even accounting for other factors such as the fact that babies do not spend a lot of time outdoors, moving to a greener area by the time you are ten significantly improves health outcomes. Do trees reduce stress, or is there an impact on children’s microbiome ,the name for the different bacteria that live on human forms?

Here’s a YouTube video from the City Beautiful channel where a Sacramento commentator illustrates why street trees change livability and community.