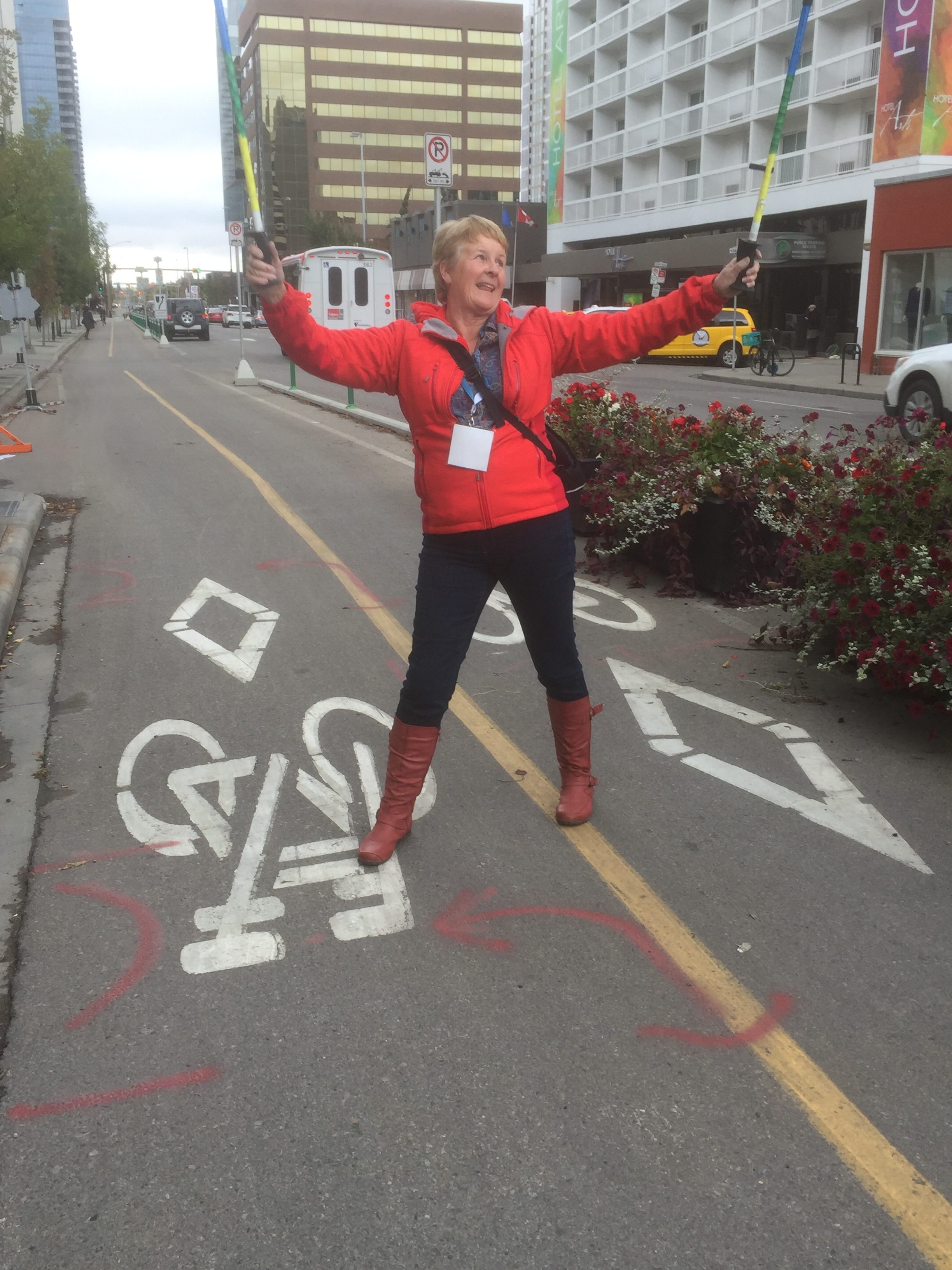 You have to admire the good folks in Seattle for their approach to making the argument for safe, separated, protected bike lanes.

Last week, in order to encourage the development of a continuous separated bikeway, volunteers came out to create a “people protected bikeway”. And they did a very good job, as documented on Twitter. 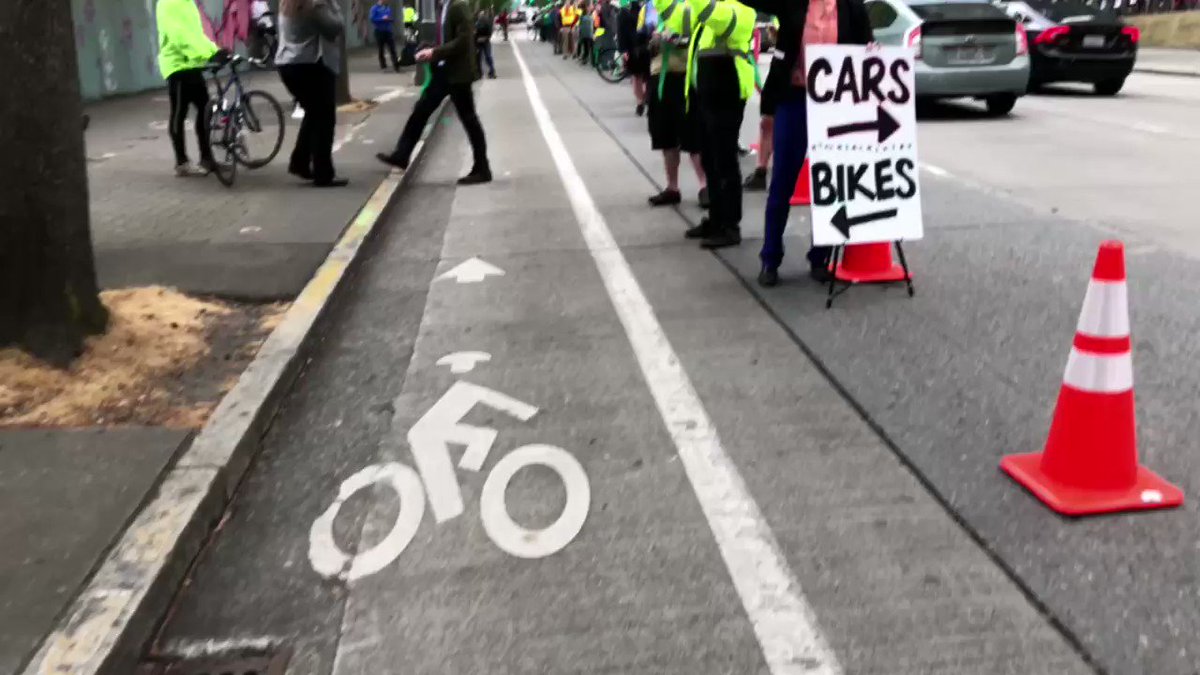 Seattle’s first ever people protected bike lane was a huge success! Thank you volunteers and supporters! Together we demonstrated the joy and safety that protected bike lanes can bring to our streets. It’s time to build the #BasicBikeNetwork. #BuiltItNow #BikeEverywhereDay

This kind of urban ingenuity typically attracts a lot of attention and comment. Price Tags previously reported on the rogue bike lane that appeared on Saskatchewan Drive in Edmonton, as well as the human traffic cones stopping traffic in London.
And what, exactly, did that look like? The police report documents the fact that there were, “males dressed as traffic cones, blocking the road like traffic cones”.Well okay then.

Simply put, when all else fails, enlist your own ingenuity to get your point across. Safer separated bike lanes make cycling easier and more comfortable, and as always, a novel approach to illustrating this simple fact is sure to generate a response.