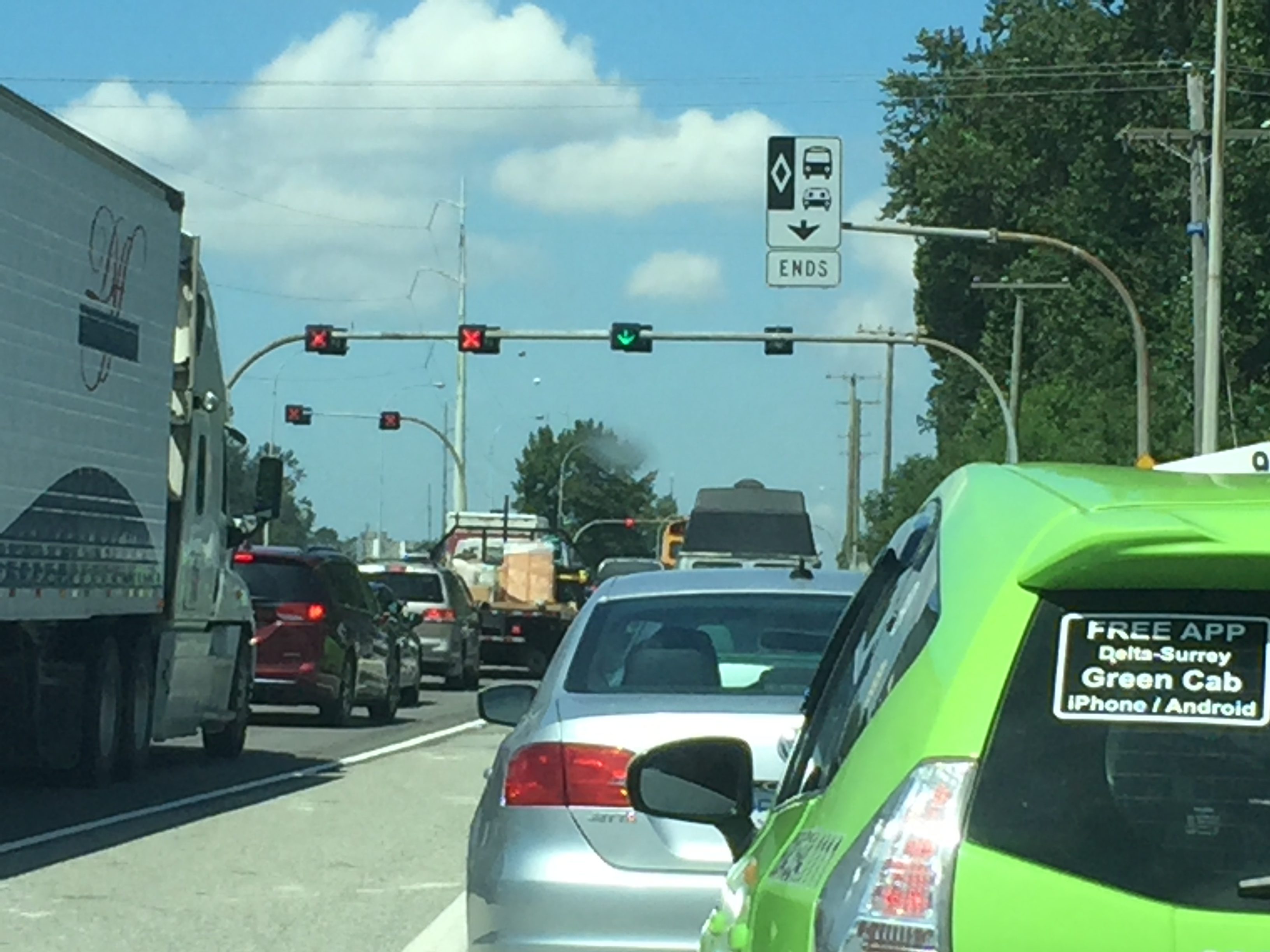 If you’ve felt that driving in BC was getting a bit more dangerous, you’re right. ICBC has confirmed that, in 2017, there were 350,000 crashes province-wide. Think of that number — that means there were almost 1,000 crashes every day last year. Statistically, this also suggests (conservatively, assuming single-car crashes) that about one in every ten drivers will be involved in a crash this year.

That figure of 350,000 crashes also works out to 40 crashes every hour in the province; overall, this costs ICBC $4.8 billion, or roughly $13 million per day.

This is also $1 billion more than the cost of the proposed 10-lane Massey Bridge (last estimated in the $3.7 billion range).

ICBC released a short statement acknowledging the sad reality — that vehicular crashes have increased by 25 per cent in the past four years. Walk Metro Vancouver has previously written about the ground breaking work of  recently retired Provincial Medical Health Officer, Dr. Perry Kendall, who identified car crashes as a major cause of death in his 2016 report “Where the Rubber Hits the Road”.

Here’s the other bottom line. In our province, about 300 people are killed each year on the roads, give or take a few dozen. Three factors have been proven to contribute to fatal crashes: speed, driver distraction and impairment (drugs, alcohol), and the built environment (road design and construction).

Two of these factors can be dealt with immediately. Road speed can be addressed by increased enforcement and notification of enforcement, as has effectively been done by the Delta Police Department, within their jurisdiction. Speeds to and from the ferry in Tsawwassen along Highway 17 have been noticeably down since the police blitz. On Vancouver Island, the regional district is asking the Province to install point-to-point speed cameras on the Malahat Highway, a particularly dangerous road.

In the 21st century  speed enforcement by camera should be thought of  as a safety precaution assisting safe travel, instead of a governmental cash grab. That financial inference might be solved by having fines placed into a fund assisting victims of car crashes.

The second factor, driver distraction and impairment, can also be addressed by education, such as the courses delivered by ICBC, enforcement, and stricter penalties for driver distraction. Changes in road design are clearly in the Vision Zero mandate of moving towards a target of no deaths of any road users, and those changes need to be made to ensure that vehicles travel at the posted speed, and not above.

In a province that has universal health care and universal vehicular insurance, it just makes sense to ameliorate the high crash rate and to save road users from serious injuries and death.

It’s time to think of changing road design to drive to posted speeds, and emphasizing driving for safety, not for quick arrival.  The ICBC crash statistics call for a drastic new approach to road safety that begins now.