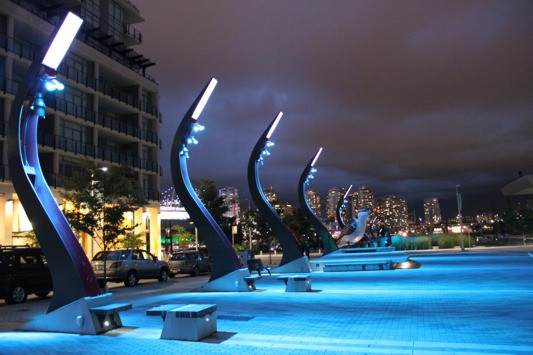 Fifty-two years ago this May Expo 67 opened on two man-made islands in Montreal. The 20th century was about World’s Fairs, and this fair with the theme “Man and His World” attracted fifty million visits in its six month run. At the time Canada’s population was only 20 million people.

Visitors had “passports” and obtained stamps at various pavilions. People walked from pavilion to pavilion and used the “minirail” an elevated automated system that connected the various areas. In many ways this event put Canada on the international map.

The legacies of the Fair were classic 20th century achievements that included transportation infrastructure:  Montreal’s Decarie autoroute was built, as well as the Hippolyte-Lafontaine bridge and tunnel. But people also got used to walking to a train station that connected them to the two islands and the exhibits, and then used the elevated minirail service for shorter connections.

In many ways it was a fifty year old precursor to how to transport large populations of people in and out of cities in North America. And get those people to walk.

The Montreal Expo baseball team derived their name from the fair, and the former world’s fair site is now Jean-Drapeau Park, named after the mayor of Montreal at the time of the fair.

This YouTube video below highlights the opening of the fair. You may recognize a few of the faces in the video, and enjoy the classic 1960’s camp. There is also  attached a video from British Pathe that shows the built form and design of the buildings and the transportation (the mini-rail)  on the two islands.