If you think the car is king in Metro Vancouver and in Canada generally, you need to have a visit to Australia where both the law and the pedestrian crossing times solidly put the pedestrian as a second class citizen to vehicular traffic.

The Guardian disclosed that “Pedestrians across Australia are pressing the button at traffic lights for no reason, most days of the week..In Sydney, pedestrian crossings in the CBD have been automated since 1994, leaving millions of commuters to futilely press placebo buttons for nearly 25 years…”

There are a lot of walkers~there are 1.27  million trips a day in the downtown, with 1.06 million by foot.  The State Department in charge of the wait times have thankfully shortened  the automated wait times from 110 seconds to 90 seconds, but here is what is strange~an official from the State said “when traffic volume is lower the pedestrian wait time is less than 90 seconds. There are also many locations in the CBD where traffic signals operate with a double cycle, meaning pedestrians only wait 45 seconds to cross the road.”

But no one is talking about the fact that Sydney’s CBD is full of walkers and quite congested at the intersections at peak times. Shouldn’t pedestrians have more green time when foot traffic volume is higher? And shouldn’t pedestrians’ time be counted as valuable if not more so than vehicular traffic?

Darren Davis with Auckland’s Transport Council has crunched the numbers of the economic viability of walking. His work shows that eight billion dollars of New Zealand’s  gross domestic product is generated within a few city blocks, and it is “walkability  of a city centre directly impacts its economic viability and economic prosperity.”

That is part of what London is doing in the Mayor’s new Transport Strategy as reported in Price Tags. Aiming for an 80 per cent modal split for walking,cycling and public transport by 2041,  London is becoming more conducive for walking by making wait times at intersections as low as 40 seconds.

Cities with walkable downtowns are attractive for businesses to locate, and pedestrians are the economic driver to make those areas thrive. It is time to cost the pedestrian experience for comfort, convenience and safety in the downtown as paramount to that of the vehicle, signalling a shift in accountability and livability of the downtown core. The chart below illustrates the pedestrian wait times in cities in Australia and elsewhere. 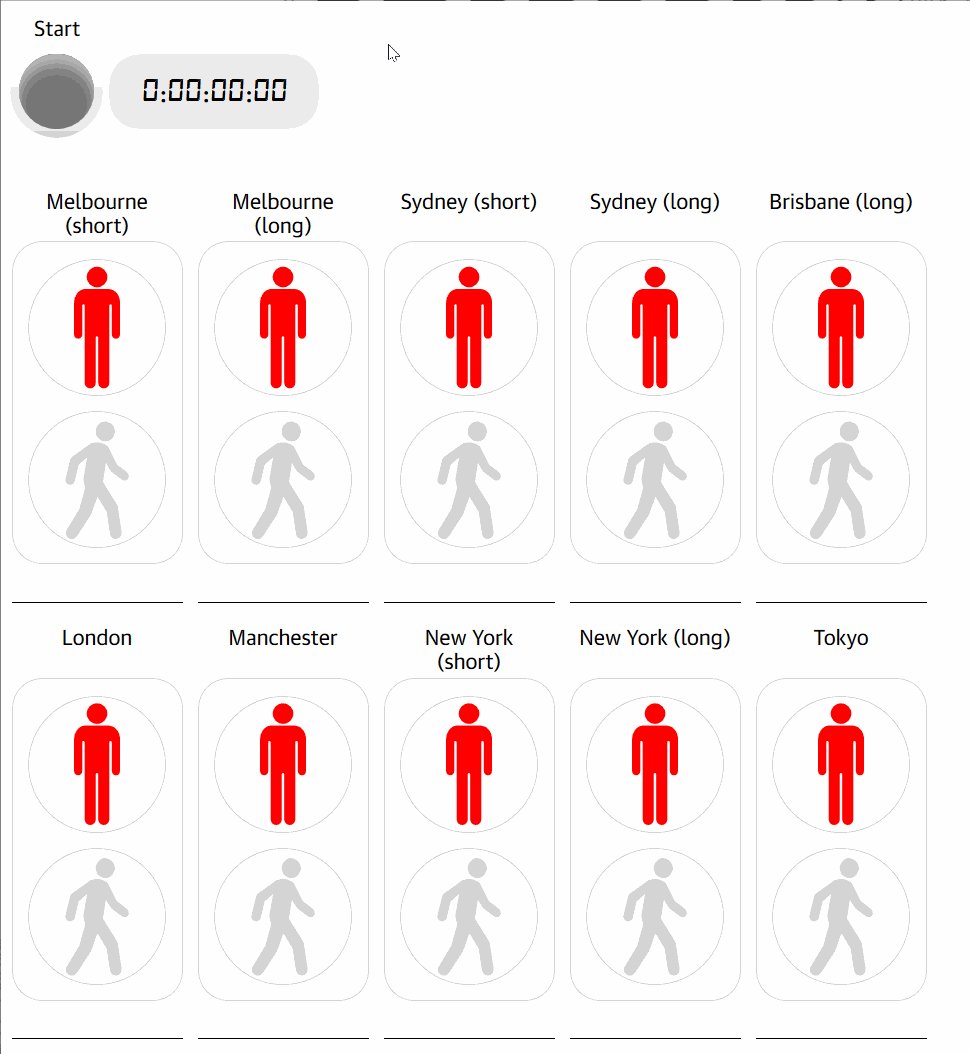