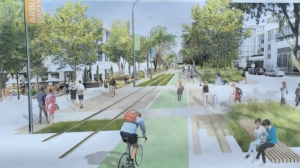 VANCOUVER (NEWS 1130) – The City of Vancouver and CP Rail have reached an agreement on the Arbutus Corridor lands.

It will see the corridor turned into a shared pathway. The City is billing it as a way to connect parks and people. The City says there is also the possibility of a future light rail through the area.