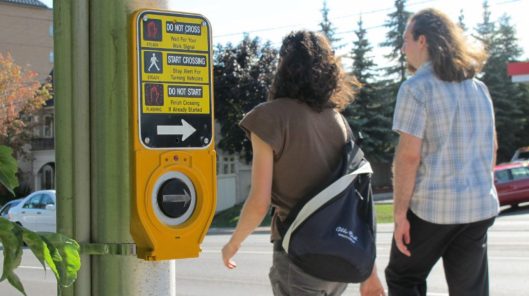 In the Fall of 2016  the City of Toronto went through a day where 22 reported crashes between vehicles and pedestrians were reported. The Toronto Star has written an editorial on what  it called  “a quiet epidemic of violence against pedestrians” noting  “it’s time for political leaders to take it much more seriously”.

How bad is it? By December 1st 42 people were killed on Toronto streets. Even though senior citizens are only 14 per cent of the Toronto population, they make up 60 per cent of the fatalities. And there are hundreds of pedestrians that are being seriously injured in crashes-in Toronto, the average is that one pedestrian is hit every four hours.

Now that sounds like something quite serious. Toronto responded by a public campaign about the crashes, which basically informed citizens to wear bright colours and be careful. Prominent politicians, planners and others extolled the idea of “Vision Zero”, which in Toronto’s case was “Vision 20 Per Cent”-having a reduction of fatalities and accidents of 20 per cent in ten years, which still meant that 400 pedestrians were expendable as well as another 3,000 subject to serious injury to meet the target. Somehow the right of cars to travel quickly and efficiently outweighs the right of pedestrians and cyclists to safe use of the Toronto streets.

The Mayor of Toronto supported the city’s first-ever road safety program with a plan to lower speed limits from 50 km/h to 40 km/h on twenty “high risk” streets. (Hardly a reduction, when you contemplate that  a 30 km/h speed can result in a 90 per cent survival rate for a pedestrian in a crash. Why not go for 30 km/h?). But Toronto Star reporter Ben Spurr and William Davis examined the pedestrian fatalities and found that “just six of the 42 pedestrians killed between Jan. 1 and Dec. 1 of this year were struck on streets where the speed limit will be reduced as part of the city’s safety plan. Six more were in areas scheduled for “safety audits.” But the great majority happened in other parts of the city”.

The Toronto Star also published a  heartbreaking list of  some of the people who died on Toronto Streets-who they were, what they were doing when they died.

Reducing speeds is only one facet of the work that needs to be done to create a safer walkable city. Driver behaviour, road design, and enhancing visibility is also key. The Premier of Ontario has enabled legislation for municipalities to lower speed limits in their communities. Hopefully that will be the first step in changing  Toronto’s dynamic that it is just not vehicles that have a right to the road.