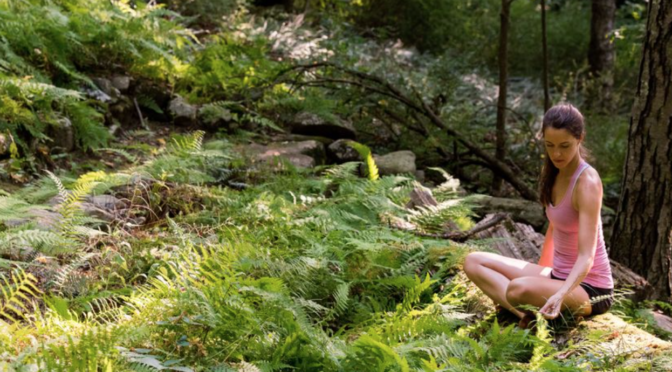 Want to Boost Your Well-Being & Mental Health? Go For a Walk in the Woods Now

Want to feel better about yourself quickly? Get out into a forest for a walk.

It has been known for a while that getting out in nature boosts mental and physical health, but no one has quantified what that value was to health care systems. A study done by Forest Research in the United  Kingdom was the first to come up with some monetary figures.

Going for a walk in nature means “fewer doctor visits and prescription, reduced hospital and social service care, and reduced lost days of work”.  The Japanese refer to this as “forest bathing”.

And here’s something very interesting: the study showed that street trees in urban places “cut an additional 16 million pounds (24.4 in Canadian dollars)  from antidepressant costs”.

Damian Carrington in The Guardian notes that while the pandemic has increased mental illness, “green prescribing” getting people to go for a walk in nature helps. In the survey work done by Forest Research,  “90 percent of respondents said woodlands were important to them in reducing stress”.

You can take a look at the actual study with principal researcher Vadim Saraev here.

The information is clear: if people spend just thirty minutes a week in a forest grove, they feel better. And the data proves it: the annual mental health benefits of visiting woodlands and forest groves are estimated to be 185 million pounds or 317.5 million Canadian dollars.

That means this research makes the case for continued investment in forests and city treescapes for mental and physical well-being, not only for sustainability, shade and mitigating climate change.

The research also shows that you don’t particularly need to do anything in the forest, that walking and sitting is just as good. As Dr. William Bird has previously said, looking at a cellphone screen does not count, your field of vision and senses need to be taken up by the woodland.

There was also a study in Australia where visits to green spaces of at least thirty minutes lowered depression rates by seven percent.  You can take a look at this study from Brisbane in 2020 here, that concluded the need for green space during the pandemic was vital for well-being.

Another British study showed that a two hour visit in nature weekly significantly increased “wellbeing”.  This was the first study to ascertain how much time was needed to be in nature to get an effect, and predicted that in the future “two hours in nature could join five a day of fruit and vegetables and 150 minutes of exercise a week as official health advice.

Here’s a quick virtual walk in the woods below. Please note this video does not substitute for your own walk and time in a local forest.