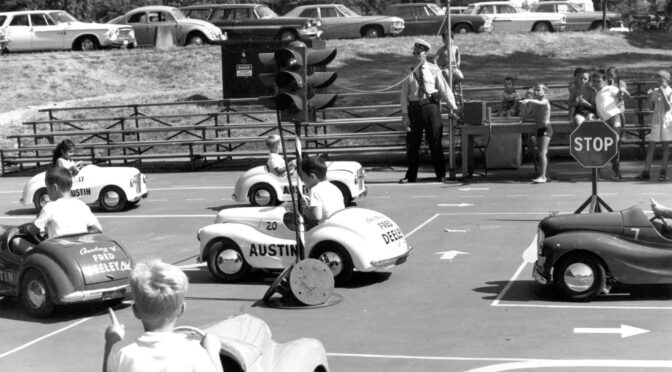 Self-driving vehicles  were to make commuting effortless, and to lower carbon emissions. It’s been a dream for decades, and  most assume that self-driving vehicles would be everywhere in the next decade. There will be whole new industries too, with everything from mobile teaching units to offices that are literally on wheels.

One of the big issues is that the technology is still not fully developed to identify pedestrians and cyclists on the road. These are called “edge cases” but some of them have been surprising: including the fact that the autonomous vehicle software did a great job of identifying upright, fit caucasian young people (like the ones writing the software) but had difficulty with other forms and colours. The technology was five percent less accurate sensing a human with a darker skin colour in this study at Georgia Tech.

This leads to other issues as well: how will disabled people be sensed on the road? A report from Britain creating the legal framework for the operation of self-driving vehicles notes that people with disabilities may be at risk with “systems may not have been trained to deal with the full variety of wheelchairs and mobility scooters.”

There has also been the discussion of how cities and places will be designed so that autonomous vehicles can drive without an interface with human beings. That could be done by designing cities so that there is complete separation of the vehicles from humans biking or walking, creating a separate grid solely for the self-driving vehicles. That design idea has not been favourably received.

The general manager of the Confederation for the European Bicycle Industry thought he had a solution with their idea of “cycle to vehicle” sensors. They said: “It is the goal of the “connected car” industry to make cyclists wear sensors or beacons so they can be detected more easily. Currently, “erratic” cyclists are hard to detect by autonomous vehicles. And pedestrians, too, are often not spotted by a plethora of detection devices on the most tricked-out “driverless cars.”

But here’s the good part: a fleet of autonomous vehicles could lower carbon emissions and can increase road safety. The World Health Organization estimates 1.3 million people a year die in road crashes according to Jenny Cusack writing for BBC. Universal adoption of self-driving vehicles could save lives.

However Ms. Cusack  points out that the autonomous vehicle experience, as a calm steady way to travel may not be what all humans want to do on the road.  And while there will be design changes in communities if autonomous vehicles are universally adopted (narrow roads, less vehicular parking spaces) there is still the pesky problem of our human peculiarities: how can vehicles be programmed to operate efficiently with unpredictable human behaviour. Ms. Cusack notes that this is now the major focus of testing. While autonomous vehicles can operate handily in controlled environments, they are still not efficient in more complex ones with different surfaces, different facades, and different human behaviours.

The video below highlights the work of Mcity at the University of Michigan. This is a purpose built outdoor lab that simulates different situations for driverless vehicles and evaluates them. How advanced is this work?  The automobile industry is hoping for a fully automated vehicle capable of driving anywhere in the next few years.