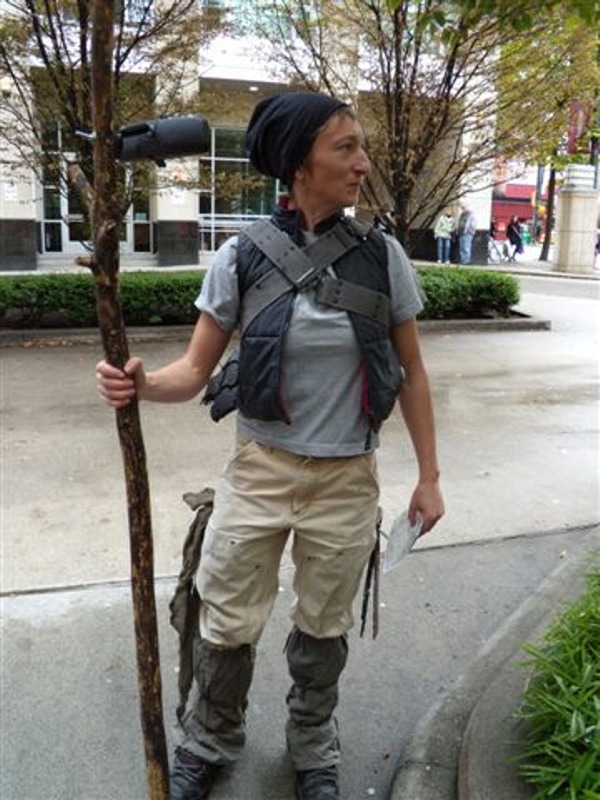 The owners of residences on the north side of Vancouver’s Point Grey Road have some of the most spectacular  views of English Bay and the North Shore mountains, unfettered by public walkways between their properties and the ocean. The City of Vancouver used to have a policy to purchase land along the north side of this street, so that all Vancouverites could enjoy the magnificent views. The intent was to eventually provide access to the beach, which is public in Vancouver.  Margaret Pigott Park is one example of a north side of Point Grey Road private property that was purchased for public use. 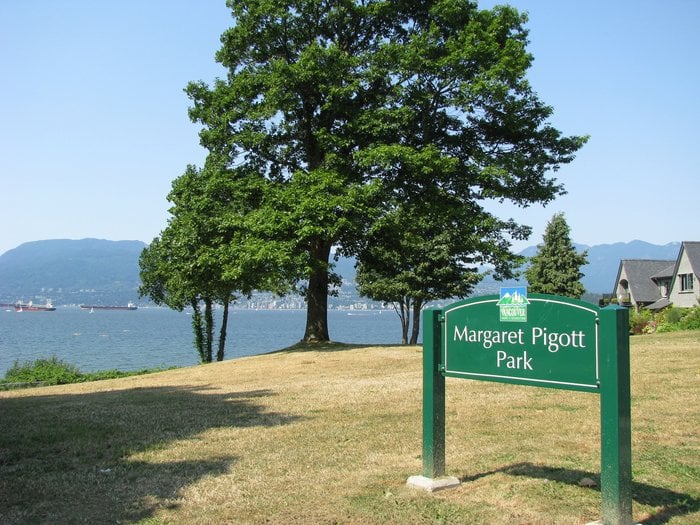 While the bikeway portion of the Seaside Greenway has been developed along Point Grey Road, the news for walkers has not been as positive. The city sidewalks on the north side of Point Grey Road are often squished beside the curb, with private landscaping from the large houses encroaching on the city boulevard, making the sidewalk feel even narrower. Most of this private landscaping encroachment consists of hedging and trees.

And then came the elephant. Yes, there was an elephant sculpture installed in the front yard of a house on Point Grey Road’s north side. The property owners fenced the elephant in with a handsome black wrought iron fence that encroached on city owned boulevard land right up to the sidewalk.

In other parts of the city, this does not seem to happen. There is a public understanding that the city owns the land that is called the public boulevard, and that this strip of land extends on both sides of the sidewalk. The location of the water service in front of Vancouver properties is an indication of where the City’s land ownership ends and the private homeowner’s property begins.

Jeff Lee’s article in the Vancouver Sun describes how homeowners on the north side of Point Grey Road are upset with the city’s plans to upgrade the sidewalk as part of a 6.4 million dollar project completing the seawall walkway. This upgrade will mean the city is taking back city land usurped by private hedges and fences to make a sidewalk wide and comfortable, like the rest of the seawall walkway. There will be a 1.2 meter strip between the homeowner’s front yard and the start of the sidewalk.

The City’s plans were originally to place a seawall walk right beside the ocean, in front of the Point Grey houses. This was nixed by the residents, as well as by environmental concerns.

The Point Grey residents held a rally on Sunday protesting the installation of the sidewalk, claiming it was an example of bad fiscal spending and citing the challenges residents would have in exiting their properties in vehicles with walkers and cyclists on the city street.

But here’s the point-taking back this strip of city owned land and putting it in public use for walkers is not about today, it is about tomorrow. Anywhere else in the city I would argue we would have dealt with this landscape encroachment on a popular walking street years ago. It would have made sense to have implemented this wider sidewalk at the time of the adoption of the expansion of the Seaside Greenway. The  properties along Point Grey Road benefited from a huge real estate lift the moment this street was designated.  That was the time to negotiate the return of the public boulevard for the safety, comfort and convenience of  walkers, people pushing strollers, and wheelchair users.

Hopefully future generations of Vancouverites can vision the Seaside Greenway as a stroll, not just a bike ride. How we deal with these issues today by following established city policy and protocol shapes the public realm, our public spaces, and our future place. There will be no more elephant in that yard.