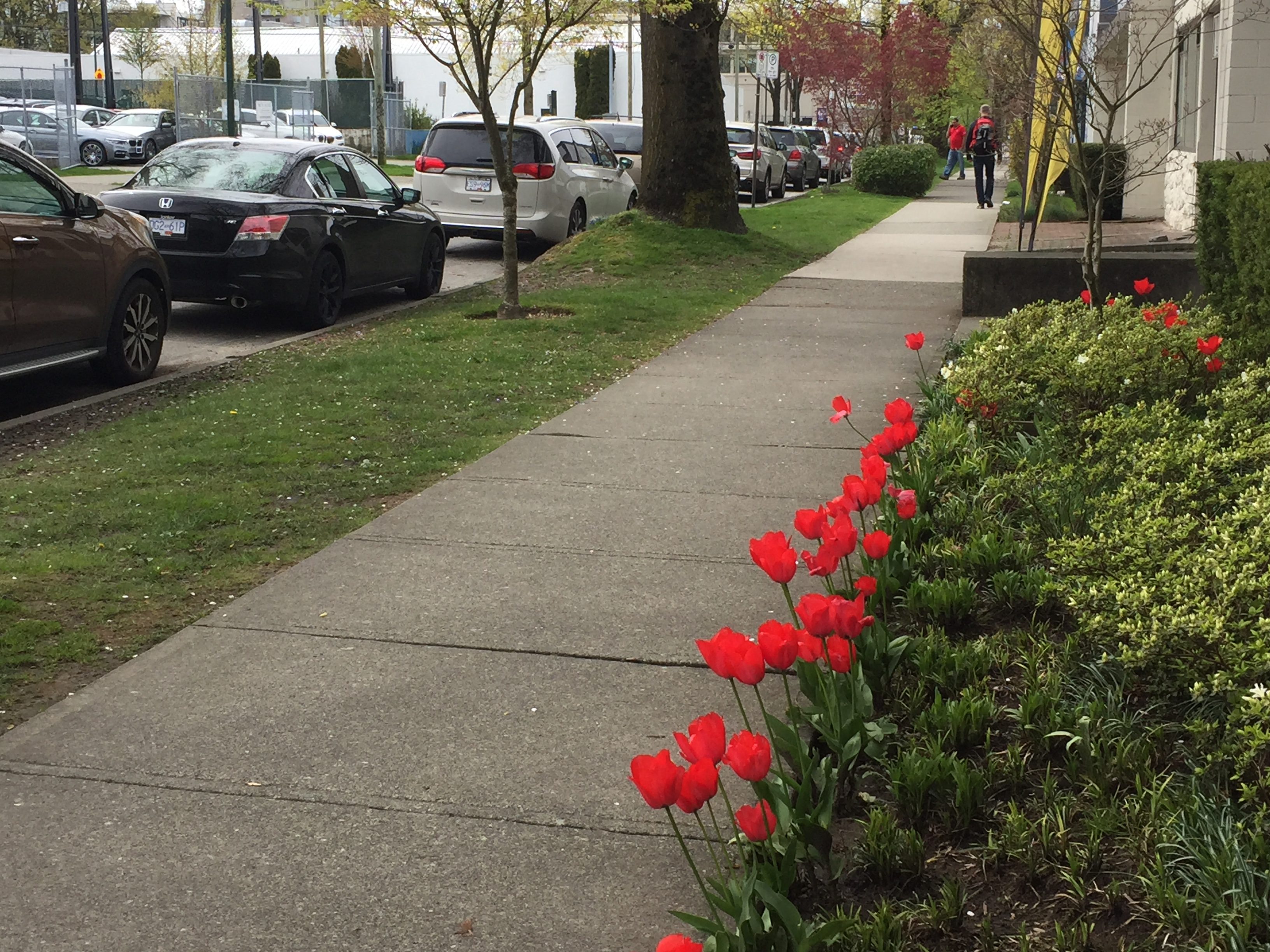 The City of Vancouver’s Greenway system comprises of a network of 140 kilometers of streets that are designed for walking and biking as a priority. This was an  innovative concept that was developed by the Urban Landscape Task Force chaired by Moura Quayle  in the early 1990’s under Mayor Gordon Campbell’s leadership. The original intent was to have a greenway a 20 minute walk or a ten minute bicycle ride from every residence in Vancouver. For some reason that has changed to a 25 minute walk on the city’s website in the last couple of years. You can read a bit more about greenways at the City’s link here.

Others have been writing about the two kilometer downtown  Comox-Helmcken Greenway that links Hornby Street to Stanley Park and you can see some images here,  posted by Gordon Price when the greenway first opened in 2016. Like many things, the City has built a lot of the network, but has not undertaken any analysis of  the greenways’ effectiveness and impact on city residents~until now.

Dr. Lawrence Frank with the Health and Community Design Lab at the University of British Columbia, was commissioned to examine what health impacts urban greenways have for citizens. Asreported by the CBC  people who lived in a three hundred meter proximity to the greenway “doubled their odds of completing 20 minutes of physical activity a day, and almost halved the odds of being sedentary for nine hours a day.”

Dr. Frank’s report shows that the greenway benefits adjacent residents the most, who have a quick, safe and convenient way to travel along the greenway. Of course this also is good for public health’s bottom line, with the initial 5.5 million dollar price tag of the greenway coming back in “anticipated health cost savings“.  An earlier report by Victor Ngo from the Health and Community Design Lab also showed that there was a 21 percent GHG reduction directly attributable to the greenway.

As Dr. Frank observed “This is what’s so exciting about it…Comox cost $5.5 million, yet the anticipated health care cost savings from reduced chronic disease is likely many times greater.”

You can take a look at this YouTube video of a CBC interview on the results of the study  featuring Victor Ngo. You can find a link to the study here.